Shaughn Bell earned his bachelor's degree in Biology from Carleton College in 2004. Following graduation, he moved to St. Louis, Mo., and worked as a quality control laboratory analyst for Proctor & Gamble. In 2007, Baloh hired Bell as lab manager at The Hope Center for Neurological Disorders at Washington University, St. Louis, School of Medicine, where Bell worked on research projects related to modeling inherited neuromuscular diseases, namely Charcot-Marie-Tooth (CMT) and amyotrophic lateral sclerosis (ALS). He helped generate and characterize the first published mouse model of TDP43-related ALS. In 2011, Bell made the move to the Baloh Laboratory at Cedars-Sinai Regenerative Medicine Institute. He is currently working on ALS and CMT projects related to genome engineering, induced pluripotent stem cells and transgenic animals. 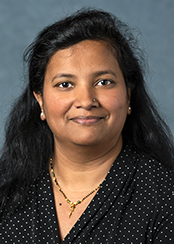 Deepti Lall, PhD, obtained her PhD from the Max Planck Institute for Brain Research and Goethe University, Frankfurt am Main, Germany, where she specialized in understanding molecular mechanisms of glycinergic neurotransmission in the central nervous system and its role in neuropsychiatric disorders, particularly schizophrenia. For advanced postdoctoral training, Lall joined the Lab of Detlev Boison, PhD in Portland, Oregon, where she worked on understanding the molecular mechanisms underlying neurodegenerative disorders, particularly Parkinson disease and designing new translational therapies to cure them. Lall's work in the Baloh Laboratory focuses on elucidating the mechanisms by which the amyotrophic lateral sclerosis (ALS) pathogenic protein TDP43 is accumulated in neuronal cells and its potential contribution to toxicity in ALS pathogenesis. She is also interested understanding how dysfunctions of RNA processing are involved in the pathogenesis of neurodegeneration in ALS. 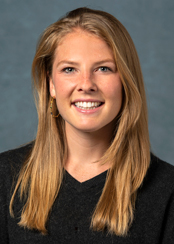 Madelyn McCauley earned her bachelor’s degree in Neuroscience from University of Scranton in 2014. She worked under Dr. Michael LaCroix-Fralish at Regeneron Pharmaceuticals in Tarrytown, NY for two years in the behavioral Neuroscience group before starting her PhD at Cedars-Sinai. She joined Dr. Baloh’s lab in 2016 and is working on her thesis focusing on the role of C9orf72 in neurodegeneration and inflammation. 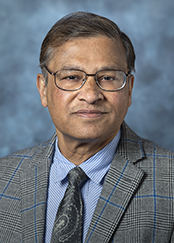 AKM Ghulam Muhammad, MBBS, PhD, joined Cedars-Sinai Regenerative Medicine Institute in July 2012. He is working on accelerating the pace of bench to bed transition of stem cell therapy for neurodegenerative disorders including amyotrophic lateral sclerosis (ALS) and Charcot-Marie-Tooth (CMT). In October 2004, at the Cedars-Sinai Gene Therapeutics Research Institute, he spearheaded the gene therapy project for glioblastoma multiforme (GBM), the most common brain tumor and deadliest of all human cancers, which was recently approved by the FDA for a Phase I Clinical Trial (BB-IND 14574; NIH/OBA Protocol 0907-990). Muhammad received his medical degree from the Dhaka University, Bangladesh, and later became a faculty member of the Neurosurgery Department there and established the milestone of stereotactive neurosurgery in Bangladesh by performing the first procedure on a brain tumor patient. As a Japanese Government Monbukagakusho Scholar, Muhammad received his doctorate degree from Osaka University. Subsequently, he was awarded a postdoctoral fellowship under the auspices of The Japan Society for the Promotion of Sciences and contributed to characterizing molecular genetic classification for astrocytic tumors, especially primary and secondary GBM. Muhammad has accumulated research experience for more than 15 years, encompassing a broad base of research in the fields of brain tumors (molecular genetic analysis and development of novel treatment strategies), neuroprotection (selective brain hypothermia) and neurodegenerative disorders, namely ALS, CMT, Parkinson's disease and Alzheimer's disease. To date, Muhammad has contributed to more than 100 presentations in scientific meetings and has published more than 50 papers. 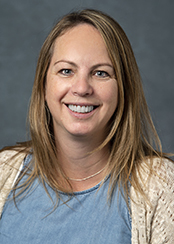 Jacqueline O'Rourke, PhD, earned her PhD in biological sciences at the University of California, Irvine in 2010. She joined the Baloh Lab in 2012 as a postdoctoral researcher to investigate molecular mechanisms involved in amyotrophic lateral sclerosis.

Michael Vazquez is currently attending California State University of Los Angeles and plans to graduate in spring 2019 with a bachelor's in biology and a minor in microbiology. He joined the Baloh Lab in 2017 as a research lab assistant where he maintains the lab’s animal colony and helps other lab members with a variety of animal procedures. Prior to joining Dr. Baloh’s lab, Vazquez participated in California State University of Long Beach’s Biomedical Engineering Program under the supervision of Dr. Kagba, N. Suaray and Jamal Madni. Vazquez’s interest is to pursue a career in the medical field alongside Doctors without Borders. He is currently in the process of finishing his bachelor's and applying to medical school.

Yueqin Zhou, PhD, earned her doctorate in biochemistry and medical genetics from University of Manitoba in Canada. During her PhD, she studied the function of FUS, an RNA binding protein associated with cancer and amyotrophic lateral sclerosis (ALS). She focused on the role of FUS in RNA alternative splicing and miRNA biogenesis and its association with cancer and ALS. After her PhD, she joined the Baloh laboratory at Cedars-Sinai. She currently works on modeling Charcot-Marie-Tooth disease, a peripheral neurodegenerative disease, using transgenic mouse models and induced pluripotent stem cells. She focuses on mitochondrial dysfunction and neurodegeneration.

If you are a current or prospective patient of Baloh Lab, contact us at 310-423-1525 or email us at mndresearchcenter@cshs.org.